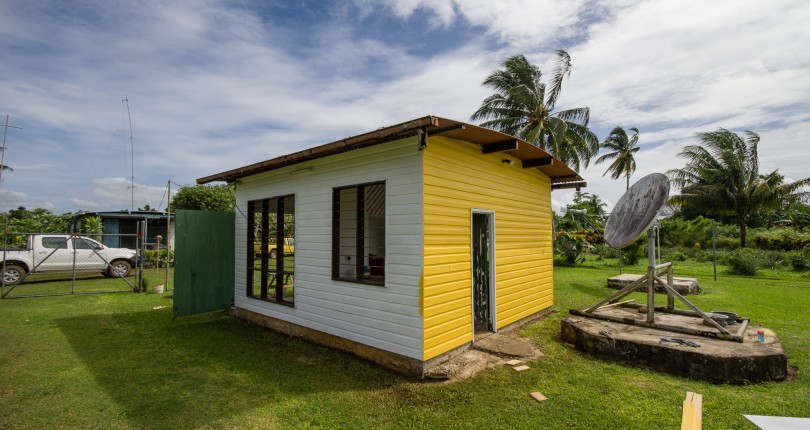 APEC House construction in Port Moresby is on time according to Peter O’ Neill who expressed his excitement for the upcoming global meeting during an inspection of the site. The Prime Minister said that the house would be used to host APEC meeting scheduled for November for the first time in over 20 years membership. The meeting will host 21 Nations representing over 50 percent of the global trade and GDP which will be a catalyst for the economic growth of the Asia Pacific. Prime Minister O’ Neil said that this historic event is set to be covered by every Newspaper and Television around the globe. This will be an avenue for the Asian Pacific to showcase opportunities to investors and build their confidence. It will also be an opportunity for Papua Guinea to be open to the world, especially investment community which is seemingly not aware of its potential. O’ Neil expressed his satisfaction with the construction which is timely and on schedule as planned.
The Prime Minister was also keen to note that government has already procured P &O Cruisers services with three cruise ships to be parked at Port Moresby harbor to cater for accommodation to visitors. The cruise ships will provide up to 4,000 accommodation rooms catering for all visitors expected to attend the meeting. Additionally, Hilton Hotel which is also on completion schedule by November will offer more accommodation facilities. He added that the country is ready and looking forward to hosting the APEC meeting.
O’ Neil also dispensed rumors by critics that the government will spend billions of Kina on hosting saying that the government does not even have such huge funds in their possession. He said that they would pay only 500 million Kina which was little compared to billions in investments expected as a result of hosting the meeting. He further urged everyone to work together and cooperate in organizing this event and also strive to show the best of the country to the world. In attendance will be several leaders such as presidents of China and United States, Japan Prime Minister among other vital global representatives.
The Prime Minister thanked all key stakeholders involved in APEC House construction including the contractors, Oil Search developers, and APEC Ministry. He also insisted on the importance of hosting a successful APEC meeting. It will be the country’s first time to organize such a global rally after years of attending in other countries.
He further said that the APEC House would be transformed into a world-class museum for the country’s unique culture and arts showcasing. This will make it the country’s best tourist destination for years on end.