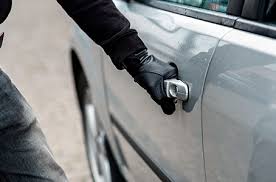 John Daviaga, the Officer in charge of NCD CID Superintendent said that the investigations are ongoing. Additionally, he said that the officers on the ground are working hard to recover stolen vehicles.
When traveling within Port Moresby, beware that car theft rates are high. Presently, the thieves target Sedans, CRVs, and Camries. Do you know why these models? According to Daviaga, it is because their doors are easy to open using an umbrella frame. The NCD criminal investigation division (CID) launched investigations.
Some of the hotspots include East Boroko in Moresby Northeast, Gordon, Gerehu in Moresby Northwest and Erima. The current records indicate that on average five weekly vehicle theft.The report further reveals the rot in the city since approximately there are 27-33 vehicle thefts. However, the number of vehicles recovered is approximately 25.
Moreover, Daviaga said that the process of recovering the vehicles is not easy. He also said that in some cases, the police officers might receive bribes hence challenging the recovery process. According to Perou N’Dranou, there are five car theft cases reported since January 21, 2018. From these cases, four suspects were arrested and detained while two vehicles recovered. Perou N’Dranou is the Metropolitan commander Chief Superintendent. He further advocated for continued vigilance in NCD motor squad operations since car theft cases have recently increased in the city.
Some car robbers in the city have firearms hence threatening vehicle owners.Consequently, Mr. N’Dranou has come up with strategies to fight the robbers. The first strategy involves the assignment of officers to find out the suspects and recover stolen vehicles. The second strategy involves regular briefings with all city police station commanders and discussing how to curb the menace.
Besides, they advocate for community participation. The officers have asked the communities to report any suspect, and the information will be kept confidential. Moreover, vehicle owners should not leave valuables in the car as they leave the car parking.

Construction of Ela Beach Facilities to end in 2018